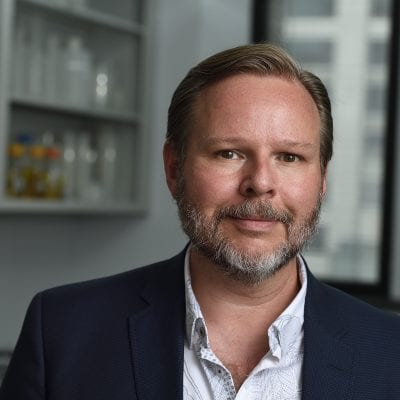 Dr. Coller has joint appointments in both the Biology department, as well as the Molecular Biology & Genetics department at the School of Medicine. He come to Hopkins from Case Western Reserve University where he was the Director of the Center for RNA Science and Therapeutics.

Messenger RNA (mRNA) translation by the ribosome represents the final step on a complicated molecular dance from DNA to protein. Though classically considered a decipherer that translates our 64-word genetic code into a proteome of astonishing complexity, recent work has unexpectedly shown that the ribosome can also shape the expressed mRNA transcriptome. General mRNA degradation occurs stepwise with removal of the 3’ poly(A) tail (deadenylation), removal of the 5’ m7GpppN cap (decapping), and degradation of the transcript body 5’ to 3’ by exonuclease. We recently discovered that the ribosome is a master arbiter of this general mRNA degradation pathway, wherein ribosome transit rate serves as a major determinant of transcript half-lives. Specifically, we found that members of the degradation complex sense ribosome translocation rate as a function of codon composition. Central to this notion is the concept of Codon Optimality: though all codons impact translation rate, some are deciphered quickly while others cause ribosome hesitation (a consequence of relative cognate tRNA concentration). It is our hypothesis that these transient pauses induce a unique ribosome conformational state that is probed by the degradation complex, thereby inducing an orchestrated set of events that enhance both deadenylation and decapping rates. Together, these data implicate that the coding region of an mRNA not only encodes for protein content, but also impacts protein levels through determining the transcript’s fate. Now we study how regulation is built into this system by looking at 1] how the mRNA degradation machinery interacts with the ribosome 2] how features such as RNA modifications can impact codon optimality and 3] how tRNA biology can ultimately impact mRNA levels.  Lastly, we are harnessing these discoveries, pushing open this exciting field, and leveraging our findings towards the development of novel therapeutics.