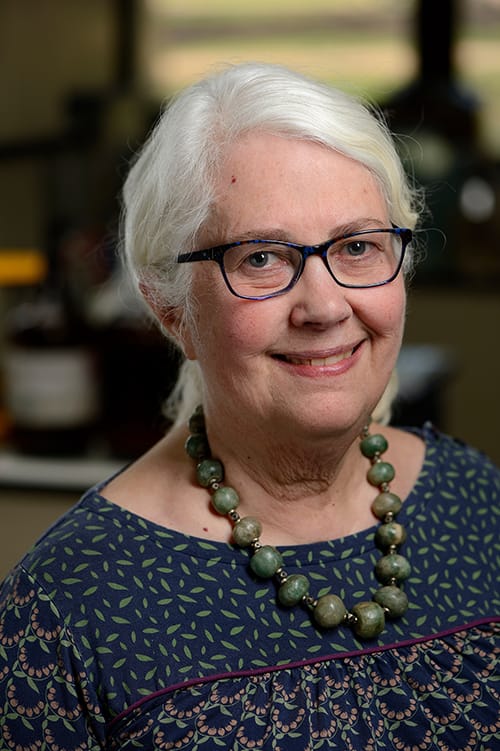 Karen Beemon is a professor in Biology whose research focuses on the role of TERT and microRNAs in oncogenesis, retroviral RNA stability.

Karen received her PhD from the University of California, Berkeley and went on to do her postdoctoral work both at UC Berkeley and the Salk Institute.

My lab studies retroviral gene expression at the post-transcriptional level. An unusual feature of all retroviruses is that their primary RNA transcript is both a major viral mRNA, encoding capsid proteins, and a pre-mRNA. In addition, this unspliced RNA is packaged into viral particles as genomic RNA. We study control of retroviral RNA splicing, stability, and export. We have identified a Negative Regulator of Splicing (NRS) RNA element within the avian retroviral RNA intron, which helps maintain a portion of the primary transcripts as unspliced mRNA and genomic RNA. The NRS behaves like a defective 5' splice site, binding all of the splicing snRNPs, and interacting with 3' splice sites. It appears to compete with the authentic 5' splice site for interactions with 3' splice sites. While the NRS pseudo-spliceosome contains all of the splicing snRNPs, their arrangement is aberrant. We have observed the pRP8 splicing scaffold protein is not localized properly in the pseudo-spliceosome.  We have also found that the NRS promotes polyadenylation in vitro.

Inactivating mutations in the NRS of an avian leukosis virus have been associated with rapid-onset chicken lymphomas, involving viral integration into the c-myb locus. We are also investigating possible additional integration sites. In several tumors, we have found viral integrations within 3 kb upstream of the telomerase reverse transcriptase (TERT) and associated with elevated expression of TERT and telomerase activity. These integrations are within a novel long non-coding RNA in the TERT promoter that we called TAPAS (TERT Antisense Promoter-Associated).   Over-expression of truncated TAPAS affects the expression of cellular genes involving the cell cycle and cell mobility.

We have also studied TERT and TAPAS in human cells.  We observed that TERT mRNA is alternatively spliced, frequently skipping the large exon 2 to generate an inactive mRNA.  Further, we found that the bulk of TERT mRNA is nuclear and has some retained introns.  We think this may be a regulatory mechanism.  In addition, hTAPAS appears to negatively regulate TERT mRNA and has some regions of complementarity to TERT introns.

In addition, we are exploring the mechanism of nonsense-mediated RNA decay (NMD), induced by premature termination codons in the gag gene of unspliced retroviral RNAs. This is particularly interesting because NMD in higher organisms is thought to be coupled to splicing, and the deposition of exon-junction complexes. We have shown that NMD of unspliced viral RNAs is dependent on Upf1 and translation. Further, we have observed a stability element downstream of the normal gag termination codon. When these downstream sequences are removed, the RNA undergoes NMD. We think these stability sequences may be necessary to stabilize RNAs having a long 3' UTR.  These stability sequences have been shown to bind PTBP1 and to suppress binding of UPF1.  Finally, hundreds of cellular mRNAs have been found to similarly stabilize their mRNA. 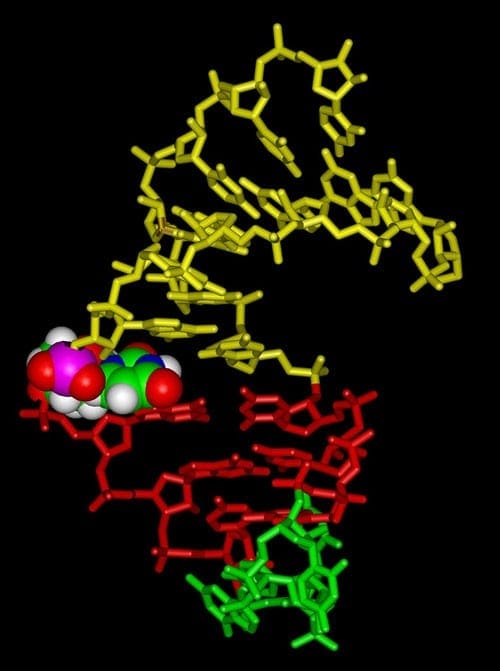 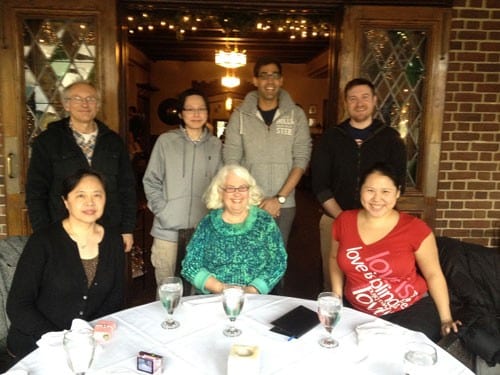