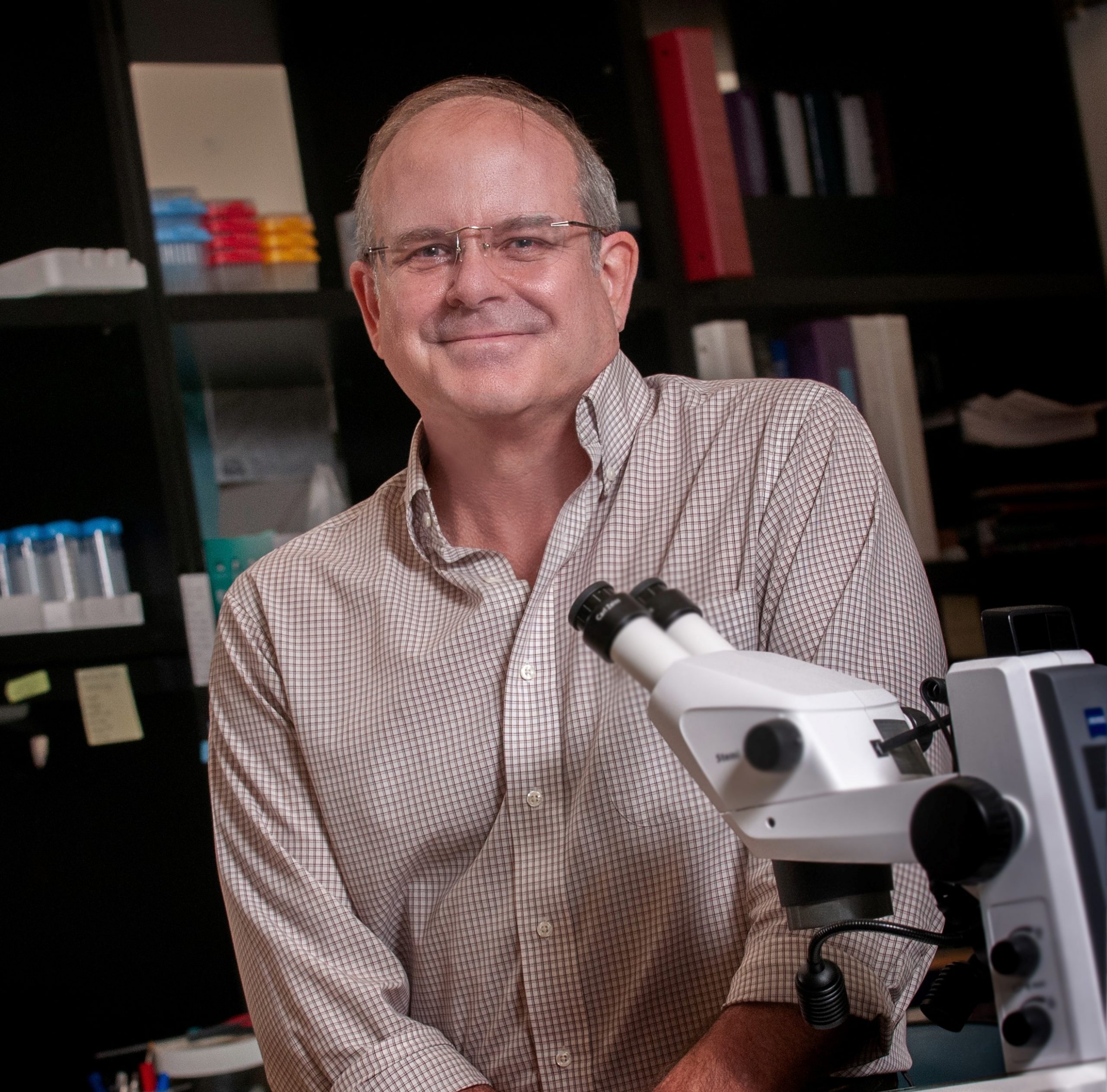 Mark Van Doren is a professor of biology whose research focuses on the early development of the primordial germ cells and gonad. He graduated with a BA from Cornell University and a PhD from the University of California, San Diego, and did his postdoctoral work at Whitehead Institute (MIT) and Skirball Institute (NYU Medical Center).

Research in our laboratory focuses on the early development of the primordial germ cells and gonad. Germ cells are the only cells that contribute to the next generation of a species, and so an organism's primary goal is to ensure that these cells are successful. The interactions that germ cells have with somatic cells within the gonad are critical for their proper development. Germ cells play an important role in human health, and improper germ cell development can lead to infertility or the formation of germ cell cancers. Despite the importance of the germ cells, little is understood about the molecular mechanisms controlling their development.

How is a cell designated to become a germ cell? What aspects of germ cell identity allow these cells to give rise to a whole new organism? The germ cells in Drosophila obtain their identity through a combination of intrinsic and extrinsic cues. Cells are initially chosen to become germ cells by inheriting a specialized cytoplasm, the germ plasm, during the initial rounds of cell division in the early embryo. Later, they are exposed to a variety of cues from the somatic cells of the gonad that also play a critical role in regulating germ cell identity. These cues also regulate the establishment of sexual identity in the germline, and the ability of the germ cells to form germline stem cells. We are interested in determining the molecular nature of the intrinsic and extrinsic programs that control germ cell development.

The germ cells undergo a directed cell migration to reach the proper somatic cells with which they will form the gonad. How do these cells recognize one another and undergo the morphogenetic movements required to form a properly shaped and patterned gonad? This process is essential for continued germ cell development, and is also a model for the cellular interactions and changes in morphology that occur during the formation of all organs.

How is an individual instructed to develop with one of two distinct sexual phenotypes, male or female? The choice between male and female is initiated by a sex determination "switch", a genetic or environmental signal that controls sexual identity. Little is known about how a sex determination switch can lead to sexually dimorphic development. Sexual dimorphism in the gonad is particularly important, since the gonad must generate distinct male or female gametes for reproduction, and often controls the sexual development of other parts of the body.

We are studying gonad sexual dimorphism in Drosophila. We have found that the somatic cells of the gonad are already different in males and females at the time of gonad formation, and that these somatic cells direct regulate proper male or female development of the germ cells. Furthermore, genes that are required for proper sex determination in humans also appear to play similar roles in Drosophila. We are currently investigating the molecular mechanisms that control gonad sexual dimorphism, and determining whether these mechanisms are evolutionarily conserved.

Wawersik, M. and Van Doren, M. (2005). nanos is required for formation of the spectrosome, a germ cell-specific organelle. Developmental Dynamics. 234:22-27.

These papers have been featured in a Current Biology Dispatch article by D. Godt and U. Tepass. Curr. Biol. 13:R683-5